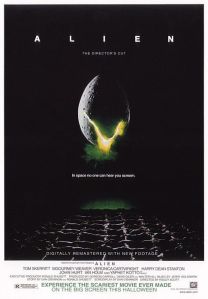 Return home from work at 10pm absolutely convinced that self and large portion of mankind will suffer death by splintery extra-terrestrial rock fingers of 390 metre wide asteroid named Apophis in 2036. Fears attributed to small sized article in The Times on Saturday and medium sized online post on The Guardian website in 2005. Preparations can not begin soon enough. Whilst self’s chances of surviving until date of deep impact slimmer than Christy Turlington, precautions for semi-armageddon now necessarily under consideration. Precautions include but not limited to move from terrestrial plane to life in space. Self has never lived in outer space before, although friends of self might argue that self’s mind has long resided in far flung reaches of galaxy. Nevertheless, mental unrest does not equate to understanding of domesticity in deep dark space. Further, what can self expect to find whilst star surfing upon constellations?

These thoughts and thousands further combine with now approaching daily desire to watch films directed by David Fincher. Unfortunately for self, self has already seen almost all films by David Fincher recently since self now lives at home with parents and parents own Blu-Ray player and David Fincher films benefit more than most from viewing in high definition. However, self has not recently watched 1997’s The Game. Self unwilling to even toy with notion of watching The Game because The Game stars Michael Douglas, not to mention obvious problem of mentioning the game because once you know you are playing The Game you have lost the game. Feeling pressured by approaching asteroid, self realises with flourish that self has not seen Alien 3 in several years. David Fincher responsible for second sequel. However, self knows it would be irresponsible to blithely bask in third instalment of franchise without watching franchise in entirety (with OBVIOUS exceptions AVP: Alien vs. Predator, AVPR: Aliens vs. Predator: Requiem, Cowboys & Aliens).

Decision to embark on four film endeavour made with difficulty as self not really fan of films found in science-fiction genre (unless films directed by Michael Bay or David Fincher and/or starring Ryan Reynolds or son of Robert Downey Snr.). Notwithstanding stance on sci-fi, self encouraged to engage tetralogy of films (not quadrilogy [a nonce word]) on basis that eventually self will be watching film directed by David Fincher and self can type entire four film blog marathon in annoying green because green is colour of science-fiction and little green men and kryptonite and Ryan Reynolds in upcoming film about lanterns.

Self concocts greenish wine spritzer using cheap chardonnay and lightly sparkling lemon and lime beverage from Tesco Express and nestles into parents’ oversized green leather sofa. Following insertion of black and green digital versatile disc, self challenged to make decision between original 1979 theatrical version of Alien and 2003 director’s cut version. Great Scott Ridley Scott! How many versions of your own films do you need?! Self can understand obligation of director’s cut for Kingdom of Heaven as no one liked original version since mean studio executives forced you to include several slow motion close up shots of Orlando Bloom’s face in place of engaging storyline, and by popular consensus you got away with your seventh and last rejigging of Blade Runner by ingeniously titling it The Final Cut, whilst at same time being sole director to ever manage to make entire franchise out of one single film; BUT, Ridley, no one needed director’s cut of Legend, which pains self to type as self Tom Cruise fan number one, nor was it necessary for Robin Hood. Situation regarding Alien toxically confusing as Ridley on record saying original theatrical cut “perfect” version of film. Self left to wonder which version of film is actual version of film. Ridley trying to make cinema liquid art form? Ridley succeeding only in confusing space detritus out of self.

Crew aboard Nostromo awake from stasis looking washed out. None more so than John Hurt who would later forge entire career from appearing gaunt and exhausted. Most of seven member crew suffering from addiction to cigarettes. Self so far pleased with life in space: constant sleep, constant smoking without being asked to step outside (in space, no one can ask you to step outside), smart white uniform, friendly on board cat. Cat called Jones. Self struggles to think of blander name for cat, except perhaps “Cat” in Audrey Hepburn jewellery advert Breakfast at Tiffany’s. Ship computer more excitingly named “Mother”. Computers always given exciting names in films: J.A.R.V.I.S. in Iron Man, Hal in 2001: A Space Odyssey, Icarus in Sunshine, Gerty 3000 in Moon, Wittgenstein in The Brave Little Toaster to the Rescue, I.N.T.E.L.L.I.G.E.N.C.E. in Team America: World Police. Clearly, naming of computers left up to intelligent science technicians with grounded cultural awareness whilst naming of cats left up to sub-minded humans with creative thought process not much exceeding creature they are left up to naming. In future, when self on board space ship, self will insist on naming ship’s cat Pablo. Pablo fantastic name for cat. Not such great name for dog. But great name for cat.

Excitingly named computer has woken crew to investigate potential distress beacon from nearby planet. Further investigation led by John (of Gaunt) Hurt leads to discovery of alien vessel. Even though alien creature found at wheel of spaceship so old its fossilised, John Hurt unlucky enough to be present when alien egg decides to hatch itself onto his face. Little alien baby facehugger refuses to detach itself from John Hurt’s face causing John Hurt to appear as if he has been caught in perpetual French kiss with Julia Roberts.

Sigourney Weaver, up until now just background figure, reveals herself as quite bitchy, refusing to let John Hurt, Julia Roberts and crew back on board their spaceship. Ian Holm, forever rascally, lets them all on anyway. Self has seen film before, but still foggy on details of plot, however letting alien life form onto spaceship, regardless of whether its Julia Roberts or not, seems like not such good idea. But then, same people involved also responsible for naming cat Jones.

Sigourney benefiting from alien policy of constant murder as now technically she’s captain. Being captain means you can play with Mother, Nostromo’s computer. Sigourney unhappy with what she uncovers: crew all expendable so long as alien lifeform returned to earth. Ian Holm, that scamp, knew information all along because Ian Holm not human! Something severely unsound suddenly starts stirring within Ian Holm. Ian Holm sweating robot milk and beating bejesus out of Sigourney. Other crew members intervene as Ian Holm attempts to force rolled up magazine down Sigourney’s throat (a technique of homicide that only robots could conjure up [far more imaginative than naming cat Jones]) and decapitate Ian Holm.

Fearlessly, they immediately plug Ian Holm’s head into power source in order to gather information about saliva dolphin. Ian Holm, gleeful in his rapscallion manner, informs Sigourney et al that they all have absolutely no chance whatsoever of killing dolphin. Sigourney, largely unmoved, baptises Ian Holm with flame thrower and announces she will blow up spaceship. Sigourney’s stratagem useful for Sigourney as ultimately everyone perishes in monstrous manner except her. Sigourney escapes on shuttle craft with Jones the space cat and begins undressing.

In career spanning thirty-four years since humble beginnings as small part in Annie Hall, with three Academy Award nominations to her name and many donning her as Queen of Sci-Fi, and despite appearing completely naked in 2000’s A Map of the World, having her breasts fondled and kissed in 1994’s Death and the Maiden, and even before that, when she was far younger, merely five years after Alien, revealing herself in various scenes from Half Moon Street, self has never, even in Ghostbusters, found Sigourney Weaver sexually provocative on personal private personal level. Perhaps zero gravity atmosphere of cosmos causing self to change. For now, self undergoes strange sensation in pit of stomach. Could self be falling in lust with Sigourney? In surprise twist, self not alone, as saliva dolphin on shuttle too, having cleverly disguised itself as control panel, and saliva dolphin not ashamed like self to stick out dolphin claw in erectile fashion.

Dolphin does not seem so hell bent on killing Sigourney as it did other crew members. Perhaps dolphin trying to woo Sigourney, a cunning plan, not least because Sigourney behaving erratically with harpoon gun. Dolphin will have to defer courtship ritual, however, as Sigourney puts on spacesuit and opens airlock, sucking dolphin out of ship. Dolphin clings desperately onto door frame, perhaps trying only to explain its true intentions to rampaging Sigourney. Dolphin blubbering falls on deaf spacesuit ears before Sigourney fires harpoon into dolphin chest and chargrills dolphin hide using rocket thrusters.

Exhausted, Sigourney snuggles up with worst-named-cat-in-space Jones and enters stasis again, mirroring embryonic baby from finale of 2001: A Space Odyssey.

Exhausted, self snuggles up with worst-stand-in-for-living-human pillow girlfriend and enters sleep again, reverse-mirroring Sigourney from finale of 2003 Director’s Cut version of Alien.